A few weeks ago I checked out Ernst Haeckel‘s amazing Kunstformen der Natur (1904), and I’ve been gradually scanning the plates and uploading them to Wikipedia. So I’m going to share a few of the coolest. As of right now, I have 62/100 uploaded, and 5 more ready to go.

Actiniae (Sea Anemones). This is now a featured picture on Wikipedia, and should end up on the main page for a day, eventually. I’m quite proud of it; almost as if I actually created it. 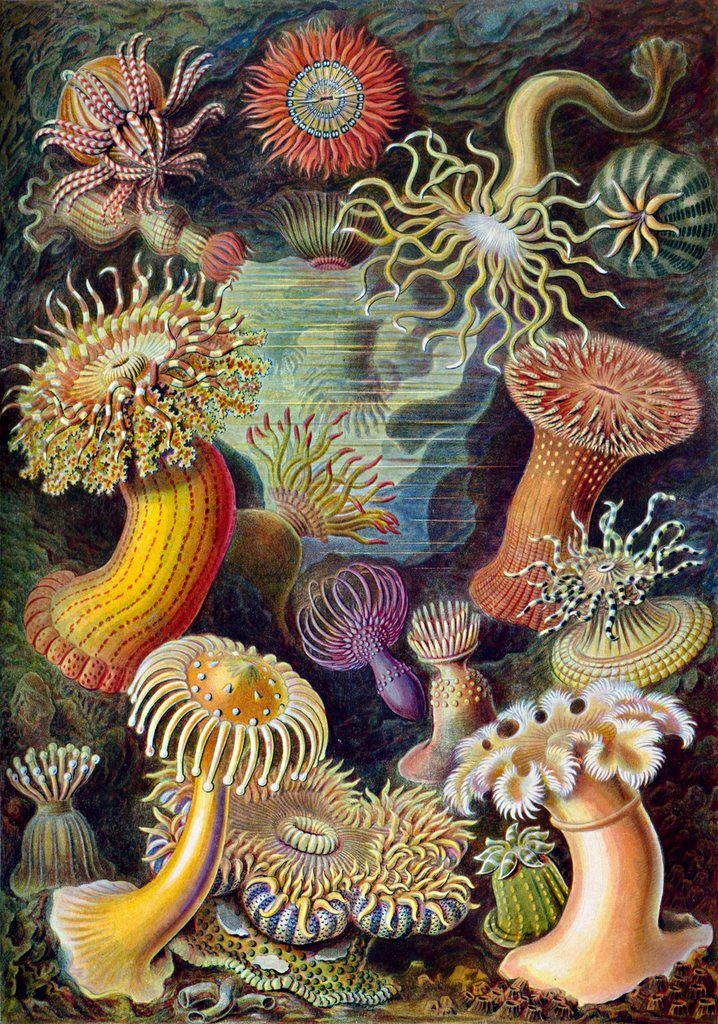 Discomedusae: Desmonema Annasethe. The central medusa, shown from the top and the side, was named after Haeckel’s deceased wife, Anna Sethe; found and described the year after her death, it’s tentacles reminded him of her long blonde hair. 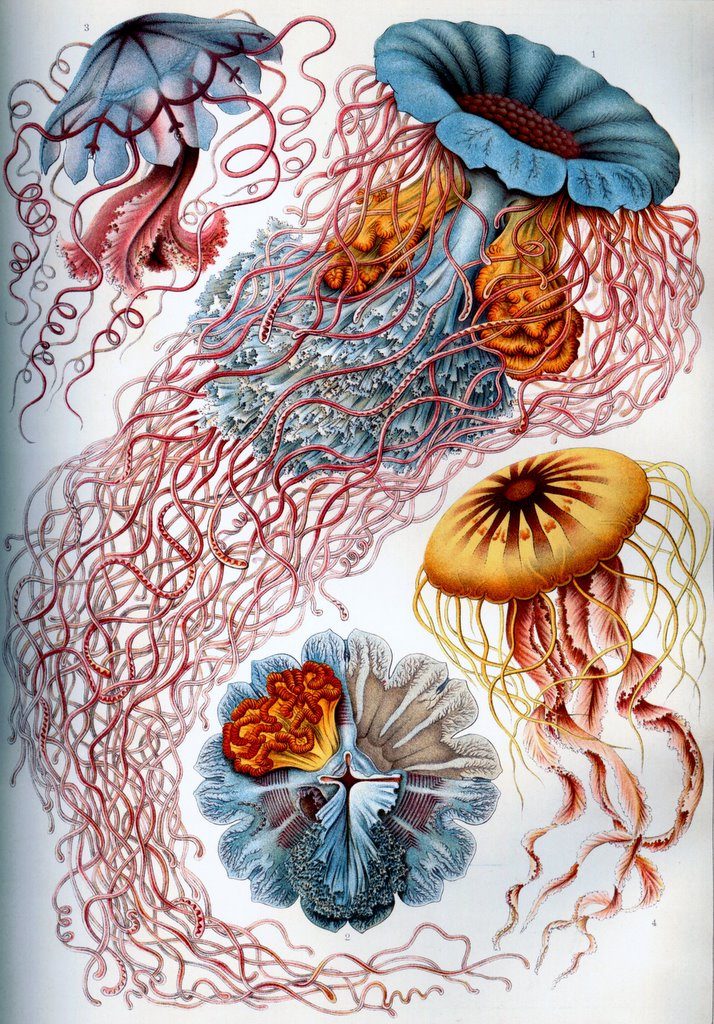 Stephoidea (radiolarians). 1 of 10 radiolarian plates out of the 100 images in Kunstformen der Natur, which was itself a selection of the best of Haeckel’s image from earlier work. Haeckel helped to popularize radiolarians for recreational microscopists. 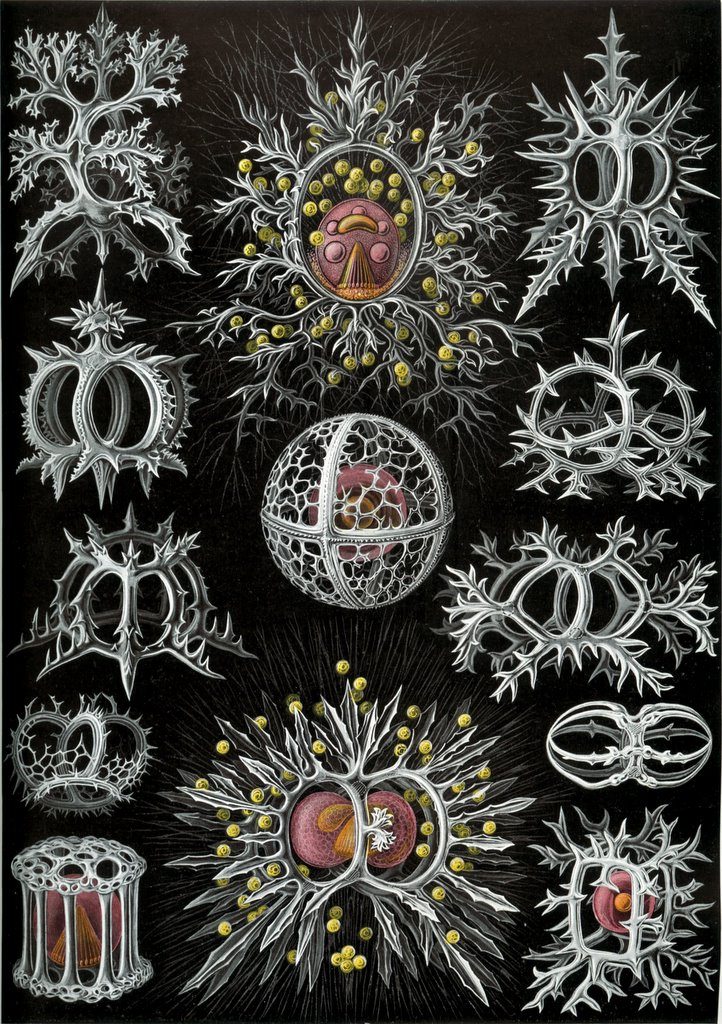 Update (2/28/06): This post is part of this week’s Circus of the Spineless, which collects blogging on spineless creatures of all sorts.