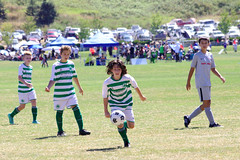 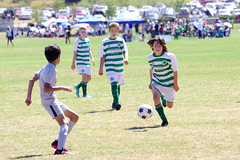 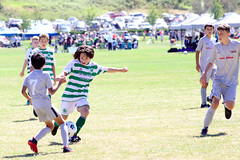 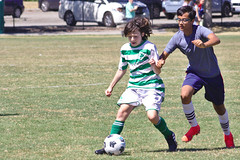 Slate has a very interesting three-part article by Daniel Engber: The Paranoid Style in American Science. Engber begins with a discussion of agnostic and sometime intelligent design proponent David Berlinski’s new book critiquing the “New Atheists”; Berlinski, explains Engber, is a archetypical embodiment of a recent trend in American culture of turning the scientific virtue of skepticism against science itself. Engber argues that the same approach, exploiting the limits the scientific knowledge and the evidentiary shortcomings that often accompany even the most complete scientific consensuses, is part of an unhealthy trend, what the defenders of science on Wikipedia call “pseudoskepticism”.

Pseudoskeptics — many of them with clear political, commercial or ideological agendas — sow doubt about human-caused climate change and suspected carcinogens, focus on the unproven safety of nonorganic food and GMO crops, and of course, point to gaps in evolutionary explanations to make room for religious ideas.

As Engber concludes, “Immoderate doubt is paranoia.” He sees the trend of immoderate doubt as a parallel to what historian Richard Hofstadter famously called “the paranoid style in American politics” in his 1964 essay by that title. (Famously, at least, among Americanist graduate students.)

I agree with Engber’s final conclusion, that “Immoderate doubt is paranoia.” However, I don’t think the trend of increasing skepticism about scientific matters indicates the rise of a “paranoid style”, where society as a whole is moving toward immoderate doubt. Rather, it seems that people in general (and scientists themselves no less than nonscientists) are increasingly skeptical because they have a better understanding of the way science works and the social limitations of science on the large scale of modern research.

If the distribution skepticism in society is some sort of bell curve (not an unreasonable assumption), then the center of the distribution is moving closer to a point of healthy moderate skepticism, away from an overly credulous point (when it comes to science, among other things) where it has been in the past. The result of this is a dramatic increase in the number of people at the “immoderate doubt” end of the distribution, but the reduction of the other extreme more than makes up for it.

As an argument to retreat from the cliffs of untempered skepticism, Engber points to Simon and Schaffer’s Leviathan and the Air Pump to the effect that despite the Royal Society’s motto of Nullius in verba (on no man’s word), “the first society members were just as dedicated to the notion that organized science engenders trust, and that it requires the acceptance of some degree of doubt.” But Simon and Schaffer famously conclude that “Hobbes was right”, that “Knowledge, as much as the state, is the product of human actions.” (Famously, at least, among history of science graduate students.) As that matter of fact about the way knowledge is generated increasingly becomes ingrained in American culture, it’s only natural that the political and scientific discourse will increasingly overlap. We can’t take the politics out of science, so the only way to overcome the problem of “paranoid style” science is to fix American politics.

9 thoughts on “The Paranoid Style in American Science”