German is still chugging along, although the grammar is finally starting to get the better of me consistently. Meanwhile, consistent ultimate frisbee twice a week has been great.

Faith got into the post-bac program at UConn, so we’re going to be moving to Hartford in August. That means it will be a lot tougher next year to go to all those extraneous lectures I love so much. Oh well.

I got the new Coldplay album, X&Y, today at Target. Coldplay makes a big deal about being sort-of anti-corporate, or at least anti-exploitation. But I opened the CD to find an insert with a code for downloading a b-side track, Animals, supposedly a Target exclusive. The website for redeeming this code (hosted on the Coldplay site) said something about using IE, with all cookie settings wide open and no other cookie-blocking programs, being highly recommended. Of course, I ignored that and downloaded the song from Firefox. Unfortunately, the song is in Windows Media format. Worse, iTunes can’t convert it to mp3 or play it at all. And it’s copy protected, so I actually can’t even play it in Windows Media Player, since apparently not using IE made it so I didn’t have the right cookie to be able to retrieve the license when I try to play it, and now my code is invalid so I can’t download it again properly.

If this isn’t an improper use of business influence to try to control a bigger piece of the media industry on the part of Microsoft (with the collusion of Target, and Capitol Records, and Coldplay), I don’t know what is. It’s seriously messed up to have an exclusive downloadable song that forces fans to not only use Windows Media (and not iTunes), but also requires Internet Explorer.

I also got the DVD set of the Daily Show’s Indecision 2004… we rented the first disc, and decided to buy it so we would have that and the other two discs to watch over and over. Stephen Colbert’s son-of-a-turd-miner, grandson-of-a-goat-ball-licker monologue is probably the funniest thing I have ever seen in my life, ever, in my whole life. Seriously.

Anyhow, I checked out 4 Philip K. Dick books to get started on my science fiction reading list, which will hopefully be one of my 4 fields for the graduate program.

Today was the last day of the printmaking course. I’m really happy with how it went. I ended up with 5 prints: 2 states of the Kepleresque design “God the Geometer,” 2 states of a version of my bookplate, and one quick landscape with Mt. Fuji, inspired by Hokusai. Here is real (current, 5th iteration) version of my ex libris.

And since this post is about my artwork, here is painting I did last summer, “Saint Drosophila.” The poem, of course, is William Blake’s The Fly from Songs of Experience, while the fly is based on a sketch from T. H. Morgan’s fly room, taken from Lords of the Fly.

One set of our downstairs roommates moved out this week, and they left several full boxes outside their door with a “Free Books” sign. I think I was the first person to raid it, because I got a bunch of cool stuff: bunch of classics, including Homer, Virgil, Virginia Woolf, Mary Shelley, and a slew of poets; and a number of scholarly books that seemed interesting, some of which are even history of science-related. Sweet!

German is still chuggin’ along. I’m really glad I didn’t end up in either of the morning sections. Not only are they not as fun (according to my informants), but I would have missed out on the printmaking workshop.

Today was the first day of a (free for me) 4-day program at the Yale Center for British Art, where they teach the basics of engraving and printmaking. We’re using plexiglass, since it doesn’t require acid. I’ve drafted a concept for my first plate involving–no big surpise here–Johannes Kepler and the Mysterium Cosmographicum. I’m also going to try to make a simplified version of my bookplate.

I’ve always had a thing for engravings, woodcuts, etc. Apparently, most of the old engraving techniques have been lost, and even contemporary artists using all the historical and technical resources available today can’t come close the old masters. It’s not surprising when you look at the work of Albrecht Dürer, whose worst print demonstrates the futility of even trying.

Meanwhile, here is a picture of my dad rockin’ out; it’s from my trip to Nevada in May. 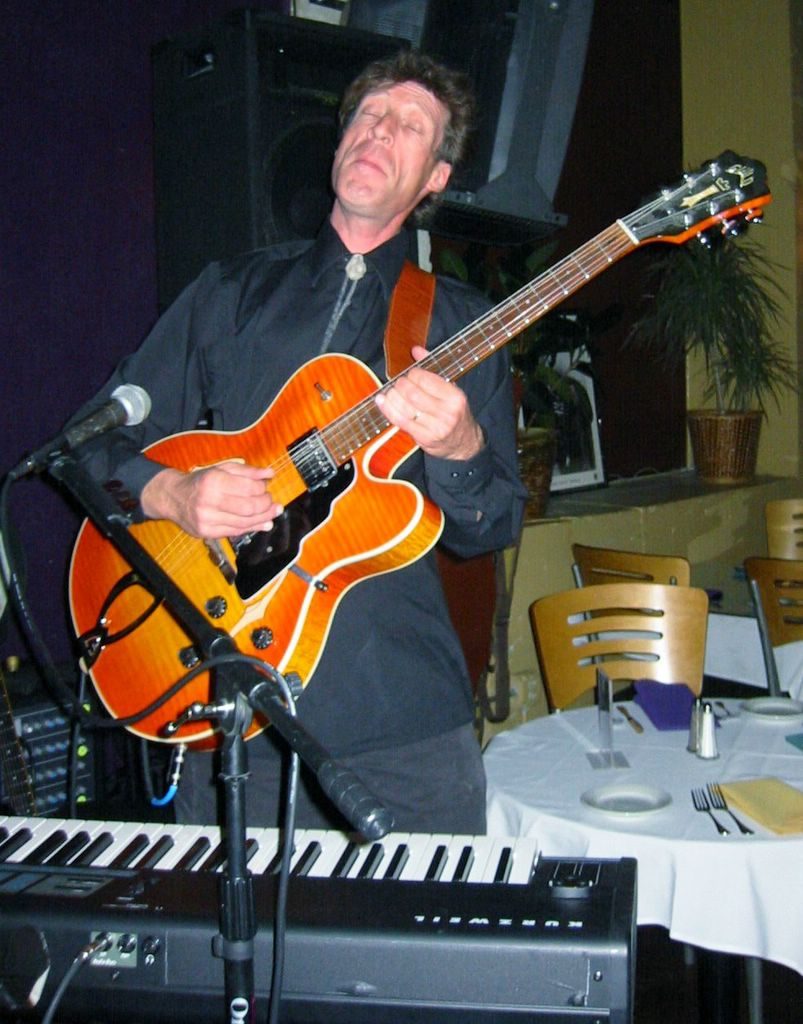 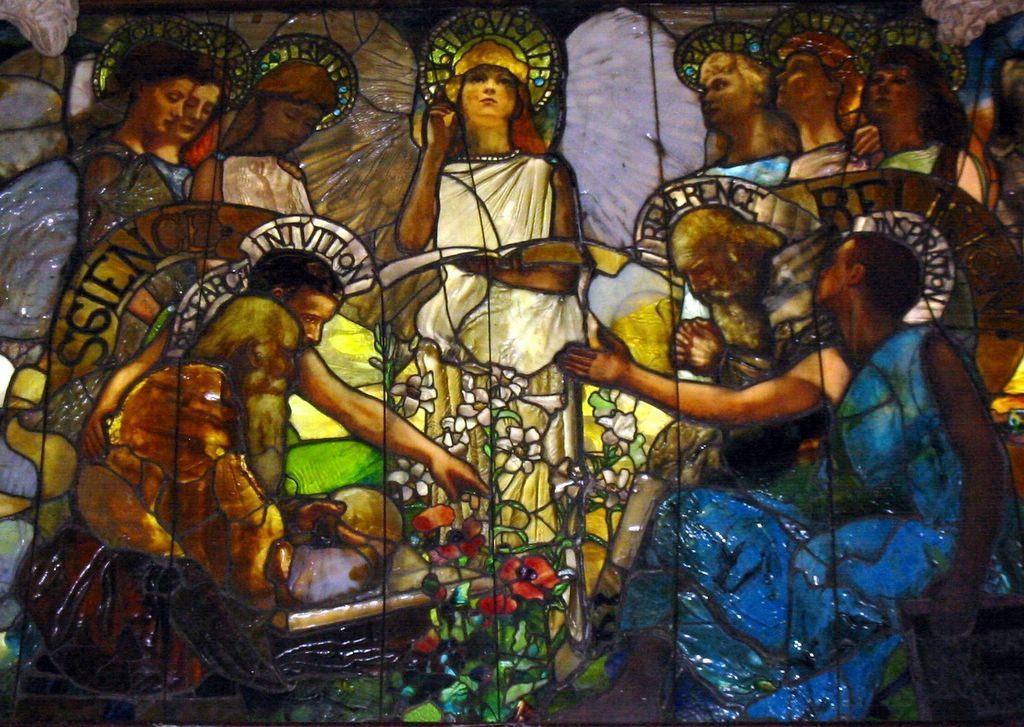 There is a lot of artwork in the windows at Yale, but this is the coolest by far. It happens to be in the building where my German class meets.

Yale has already named a building after me.

My 70+ pages worth of end-of-semester papers worked out fairly well. I like them much better than what I wrote in the fall, and they earned me three Honors grades. For Dan Kevles and Ole Molvig, I wrote a paper arguing that historians of science should salvage and utilize as much of Kuhn’s Structure of Scientific Revolutions as possible, showing along how Kuhn’s ideas could be modified to fit some of the diverse recent work in the history of science. For Naomi Rogers’ Science and Feminism class, I did a research paper based on the letters of recommendation of G. Evelyn Hutchinson, the famous Yale ecologist. It analyzed a wide selection of recommendations in terms in terms of gender and the student-mentor relationship. Hopefully it said something novel about the latter and demonstrated the historical usefulness of scientists’ letters of recommendation. For Beverly Gage’s 20th-century American Conservatism, I wrote a group review of four Intelligent Design-related books: Doubts About Darwin, The Evolution-Creation Struggle, Creationism’s Trojan Horse, and the 3rd edition of Ed Larson’s Trial and Error.

(Incidently, Gage is married to the liberal cartoonist/blogger Tom Tomorrow. Of course, most political cartoonists have a pretty easy job these days, but back before W. was in office, I found This Modern World consistently funny and insightful. Ironically, I’m probably more of a conservative now than I have been in the past.)

Now I’m in a 5-week German for Reading Knowledge class… the class is actually quite enjoyable. Lots of laughing and smiling, everyone in the class is highly competent, and most of the people are interesting. I’m finding German much easier than French.

I played ultimate frisbee twice last week, and will probably play twice weekly for the rest of the summer. On Sunday, I played with Alison Greene and a pair of her friends. We expected more than just the four of us, so we had to make due by recruiting some of the little kids that were playing in the park. This little 7-year-old boy was really enthusiastic (and fortunately, he was on my team). The weather has been great since we got back to New Haven, although it’s too hot for Faith.

A few years ago, I had a blog. It was one of those emo blogs: honest, confessional, and far too personal. Of course, I learned the same lessons many other young bloggers learn: people read blogs. When personal relationships are the top priority in your life, or at least the only thing worth writing about, intensely personal blogs inevitably lead to trouble. My old blog was not without its rewarding moments: it was worth all the time I spent when I saw a quote from it scrolling across the screensaver of a friend I didn’t know even read it. But it was no coincidence that I stopped blogging shortly after I started dating Faith; it was an outlet for bottled emotions that was no longer necessary. Incidently, it still exists, but I think it’s tough to find unless you know where to look.

This new blog, Ragesoss 2.0, will be an adult blog. Nothing too personal, nothing too offensive, nothing I wouldn’t want to broadcast over the internet.

I’m going to see how long it takes people to stumble upon it.

Speaking of “Stumble Upon,” I’ve been exploring Firefox browser extensions lately and I installed StumbleUpon! a few days ago. StumbleUpon! is a service that sends you to random, highly reviewed websites (based on your interests), so you can find some of the really neat stuff on the web that you never knew existed. After hours of very enjoyable surfing, I came across an SEO (search engine optimization) website, which led to a site that tracks the Zeitgeist of Google searches, which led to the Google blog, which led to Blogger. I had been thinking for a while about starting a blog, and that surf trail reminded me how much I like Google and its philosophy. In particular, I read some articles about how Google reorganized its ranking algorithms in 2003 (the so-called Florida Update–named hurricane style–created mass confusion among professional website optimizers by circumventing some of the standard tricks for achieving the coveted top spots in search results). One writer suggested that Google has encouraged and significantly shaped the massive turn toward blogging in the last several years, and now blogs are extremely important determinates of search rank calculations: an actual victory for the little guy, sticking it to The Man and his army of internet mercenaries who populate the virtual world with useless websites whose sole purpose is banner clicks.

So here I am, with a Blogger blog, doing my part to make the information of the world more useful and user-friendly.