For the new year, I’m deleting my Facebook account. I won’t rehash the reasons in details, but the short of it is that Facebook is incredibly good at following people everywhere they go on the internet, and it warps the web into merely a network for selling you stuff and selling access to your eyeballs. Facebook has an enormous amount of power, and has proven that it can’t be trusted with that power. Deleting my account is one of the few ways I can push back. The more people that do this, the less completely Facebook can claim to be the be-all-end-all of social networks, and the easier the choice to leave will be for the next person.

Deleting my account isn’t an easy choice, because I really do value Facebook’s core feature of connecting me with people I know and like and love. That’s why I think it’s important to find and focus on other ways of staying connected.

I’m going to try out one way of staying connected: the open source, decentralized social network software Diaspora. I’ve set up my own server — diaspora.ragesoss.com — and I hope to build back at least some of my digital connections there. (The basic idea of Diaspora is that it’s a social network where the users are in complete control of the software. Anyone on one Diaspora server (a “pod”) can make connections with friends on any other Diaspora server, so it doesn’t really matter which one you call home. But since I know enough to run a server myself, I want to give it a spin!)

Please join me, and try to make something work that isn’t Facebook! Email me — sage@ragesoss.com — if you want an invite. It’ll be quiet at first, but I’ll try to post updates about me and my family to get updates flowing.

The other thing I’m aspiring to do, since I’ve download all my Facebook data, is to go through everyone on my Friends list and send a personal message to as many people as possible, to let friends know what they mean to me (and to invite them to try out a non-Facebook social network along with me).

Outreachy intern maudite and I tried out remote pair programming with the new Teletype plugin for Atom, and it’s really nice! At this point, it only works with Atom, and doesn’t yet support voice or video or browser sharing — we used Hangouts for that — but for the core features of working through code together, it does a really nice job.

In the future, Teletype may also allow cross-editor collaboration, so that each person can use whatever code editor (and fonts, and keybindings, etc) that they prefer.

I’ve been mulling over what happened in the election, and what I should do now.

I think these things are key:

So here’s my strategy:

If you’re a technologist, find ways to use technology to fix democracy. I’ve got some ideas — we need a better social network than Facebook, one that drives reality-based discussion and concrete political action rather than ad clicks — but I’ll save that for another post.

If you’re web developer and you want to volunteer for an open source project that makes a concrete difference in education and public knowlege, I’ve got plenty of cool things you could do for Wiki Education Foundation’s platform. It’s Ruby on Rails and React, and every day professors and college students are using it to improve coverage of important topics on Wikipedia.

It’s been more than a year since I’ve blogged. Sigh.

It’s been a good year. I learned Ruby, and I’ve become fluent enough that it’s really fun. I even wrote my first Twitter bot.

I started running, and have done enough of it that isn’t pure torture.

It looks like we’re staying in Seattle for good — we bought a house, and there’s a guest room for folks passing through — and I love it here. Work is fun, the kids are fun (if exasperating), and more and more family is nearby. The Wikipedia and free culture communities around here are great.

Lot’s more I’d like to write about — stories to tell, pictures to post — but Brighton keeps asking me to play, and I can’t put him off any longer. I think my modest goal will be for this not to be the only post in 2016.

Name: Everly
Date: 2/25
About My Day: Everly had a difficult time listening to her teachers, today. She ran away from them and threw many works. 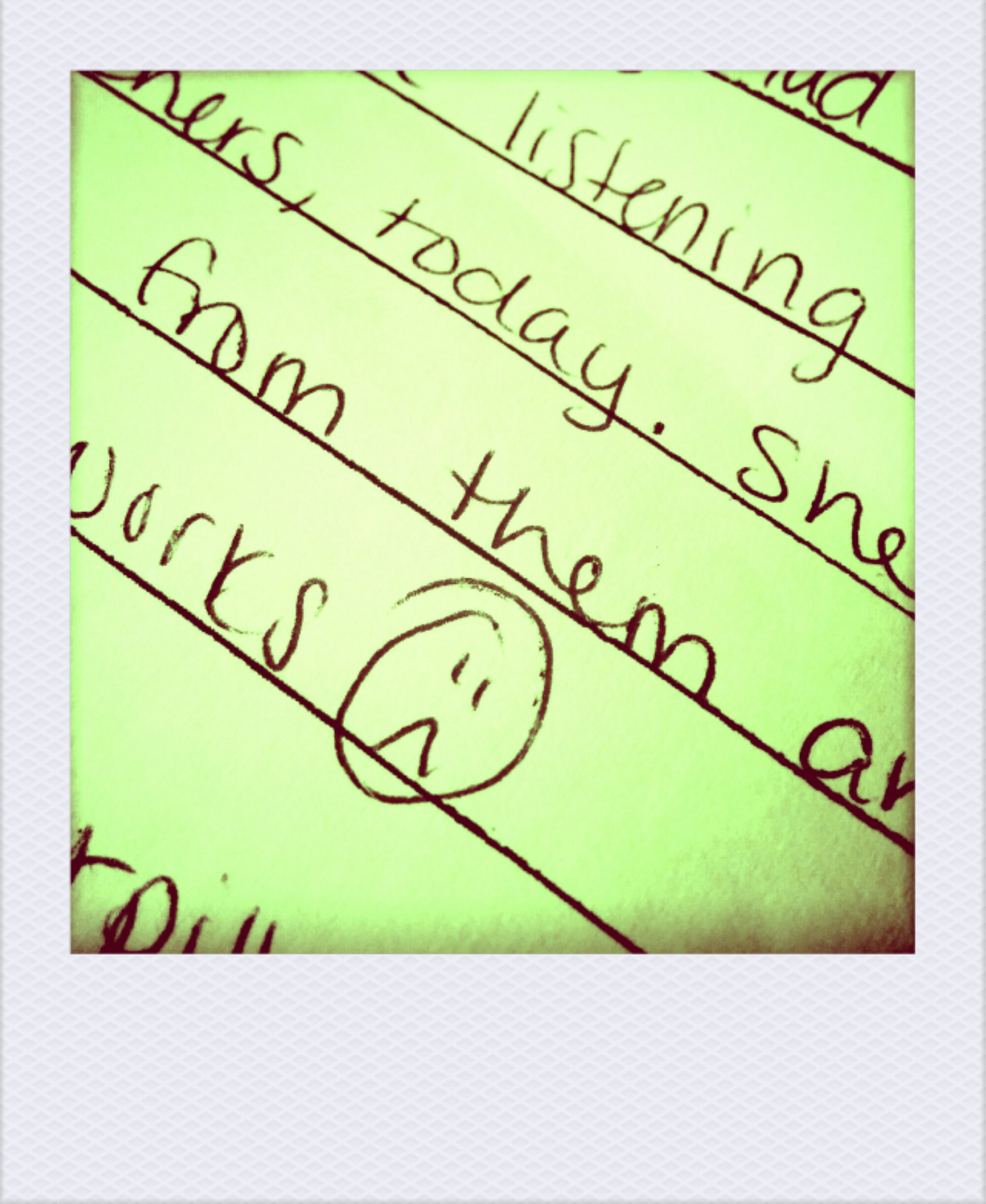 When my last phone died in December, I decided to steer clear of contracts (so that my family could maybe get off of AT&T once all the contracts on the plan expire) and get a Nexus 5. I’ve usually used Cyanogenmod in the past, but I decided to try out the newer OmniROM this time. The Omni project started last year as a response to Cyanogenmod shifting from a completely volunteer project to a for-profit company — sort of the Canonical of the Android ecosystem. I like that the philosophy of Omni is about respecting users and adding value to the open source Android ecosystem.

One concrete difference from Cyanogenmod is that Omni encourages bug reports for from avid users. (Cyanogenmod does not take bug reports for nightly builds, even though that’s what the users who care most about new features and recent changes tend to use.) When I started using Omni, I noticed a few little things that annoyed me: inconsistent icons, and non-standard capitalization in the menu. So I filed some bugs in their bug tracker. These were minor issues, but the developers were quite responsive. The icons I complained about got fixed after a few days. So I decided to try to scratch my own itch for another bug. I followed their guide for getting set up as a developer, and then I submitted patches to fix the capitalization problems I had noticed. (All I did was change a few strings.) All my patches got merged within a few days of submission. 🙂

OmniROM is still a small project, but so far I think it’s a great place for newcomers who want to try out open source Android development.

We just watched Harry Potter and the Goblet of Fire. At the end, Brighton said:

I feel bad about what happened to Harry Potter. It hurts in my heart.

Something to aspire to.

For a while now, I’ve been chasing the holy grail of IRC: running my own low-power, always-on server that I can connect to from anywhere. After 6+ weeks of uptime, I’m ready to declare my current solution a success. I’m running quassel-core (and other things) on a mini stick computer, and I can connect to it from home or remotely, by desktop, laptop, or Android device (by wifi or data connection).

There are plenty of ways to do this, but it’s taken a while for me to work it out, so I wanted to write it up.

TL;DR: Get at least a dual-core ARM device that runs Linux, install quassel-core and create a PostegreSQL database for it, then use Quassel on your computers and Quasseldroid on Android devices to connect. Use an SSH tunnel to the device when you’re away from your home network.

First, the device to run it on. Just about any ARM device that can run Linux takes care of the low-power part — a rooted Android phone, a Raspberry Pi, or some other mini Android or Linux device. If you can get Debian or some other full distro running (whether natively or as a loop device inside Android), you can probably run quassel-core. But you probably want at least a dual-core device for decent performance. Here is what I’ve tried:

Second, quassel-core and the database. You’ll probably want the latest version, so on Debian you’ll probably want to use Testing (currently, “Jessie”). For the database, you should definitely use PostgreSQL instead of SQLite. SQLite will work well at first, but as the database grows it will take longer and longer for clients to connect and receive the backlog. Eventually, when my SQLite database hit about 180mb on my MK808B, it wouldn’t connect at all. With six weeks of Postgres so far, I’ve seen no degraded performance as the database grows. Unlike with SQLite, though, you’ll need to do some command line work before you can set up the client.

Third, the clients. The desktop Quassel client is available on just about any system, and you’ll need to use it at least to set up your database initially. Quasseldroid is the Android client, which I like a lot. There’s also iQuassel for iOS, which I haven’t tried. Even on a modest Android device, you can pull tens of thousands of backlog messages in a few seconds.

Fourth, remote connections. There are many ways you could connect remotely to your quassel-core, but the one I’ve been using is just to SSH into the device, so that I can restrict password logins and use only ssh keys. On my Ubuntu laptop, I do a socks proxy for the Quassel port, like this:

On (rooted) Android devices, I use SSH Tunnel by Max Lv, which lets you route individual apps through SSH. In that case, I tunnel the Quasseldroid app to the Quassel port on my server, and then set up the connection within Quasseldroid to “localhost”.

If you don’t have root, or you use iOS, or you just want a simpler setup, you could just allow connections from the Internet straight to your Quassel port.

All this may seem pretty complicated, but once you get it set up it’s extremely usable. (Any questions about the details, just ask.) 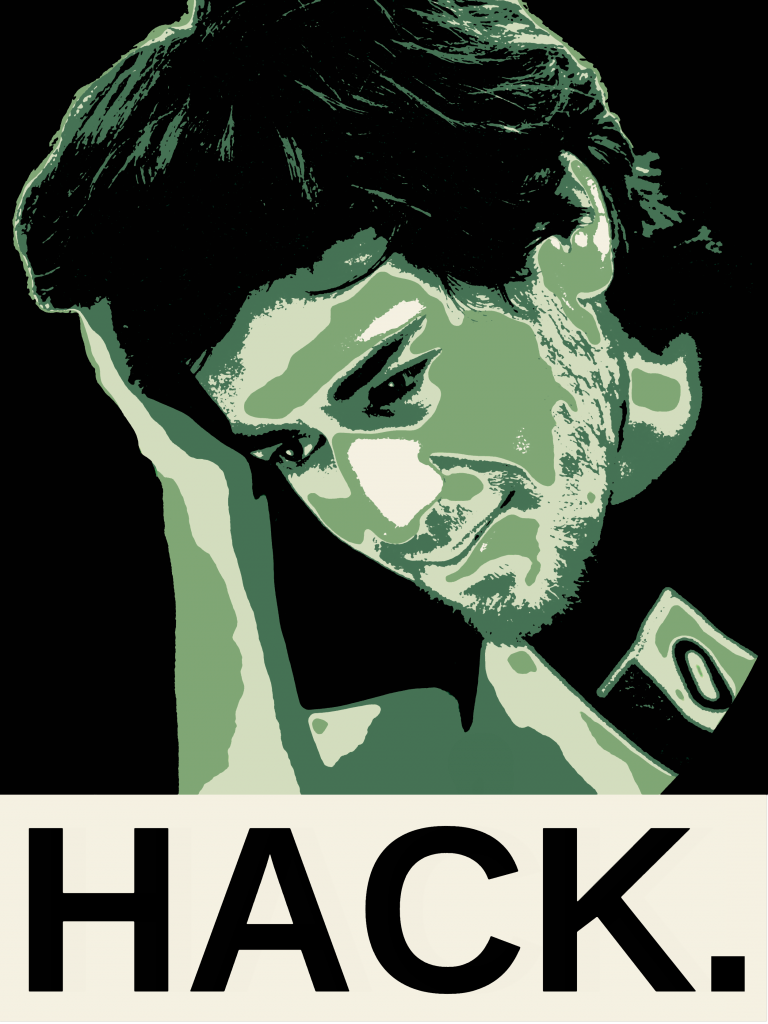