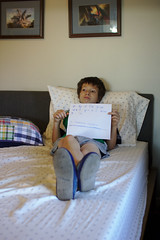 I’ve been mulling over what happened in the election, and what I should do now.

I think these things are key:

So here’s my strategy:

If you’re a technologist, find ways to use technology to fix democracy. I’ve got some ideas — we need a better social network than Facebook, one that drives reality-based discussion and concrete political action rather than ad clicks — but I’ll save that for another post.

If you’re web developer and you want to volunteer for an open source project that makes a concrete difference in education and public knowlege, I’ve got plenty of cool things you could do for Wiki Education Foundation’s platform. It’s Ruby on Rails and React, and every day professors and college students are using it to improve coverage of important topics on Wikipedia.

3 thoughts on “Moving forward after the election”