I have a weakness for book buying, especially old books that are in some way related to the history of science. I don’t yet have anything very valuable, although I have a few that are fairly interesting finds (the American 5th edition of Origin of Species, The Memoirs of Robert Chambers, the book club edition of Silent Spring including the “Report by Justice William O. Douglas” pamphlet, and some nature study books that even Yale doesn’t have), especially considering how much I paid for them (<$10 each, for the above). I think the first old book I bought was John William Draper’s History of the Conflict between Religion and Science, a 1902 edition. I didn’t know what to expect; what I got was a cute little octavo with marble boards, three-quarters leather binding, gilt lettering on the spine, with good enough paper that it isn’t falling apart or foxing much, and a bookplate that said “Ex Libris William Robert Smyth”. 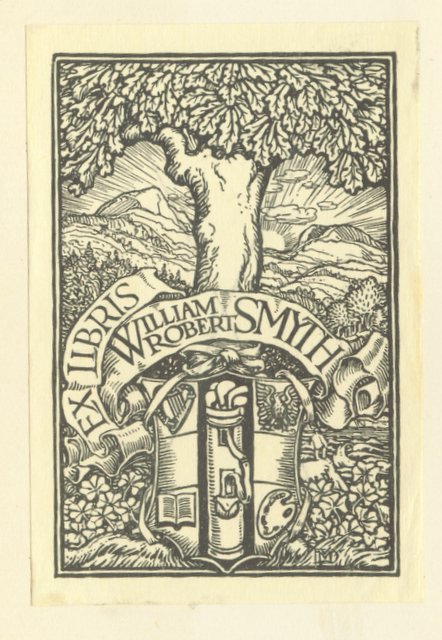 I had never heard of “ex libris” before, but that’s what really made the book-buying experience for me, and inspired me to make my own. Since then, the miracles of eBay and alibris.com have brought me plenty of material to stock my shelves, and a few more bookplates.

Via the incredible BibliOdyssey blog, I chanced upon Confessions of a Bookplate Junkie, and it reminded me of the joy I’ve gotten out of bookplates, especially from the process of designing my own and one for my dad. 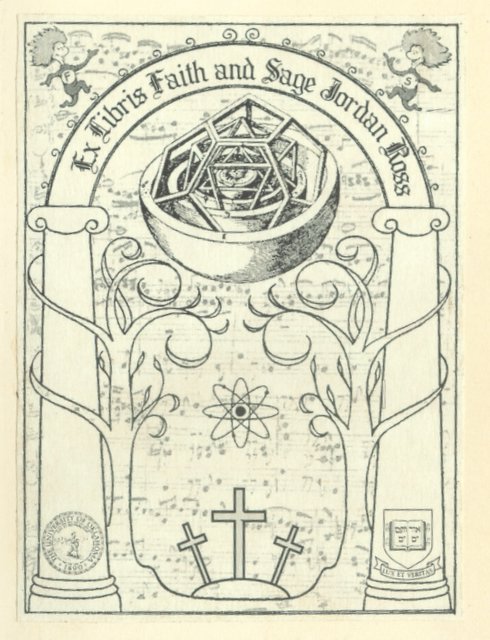 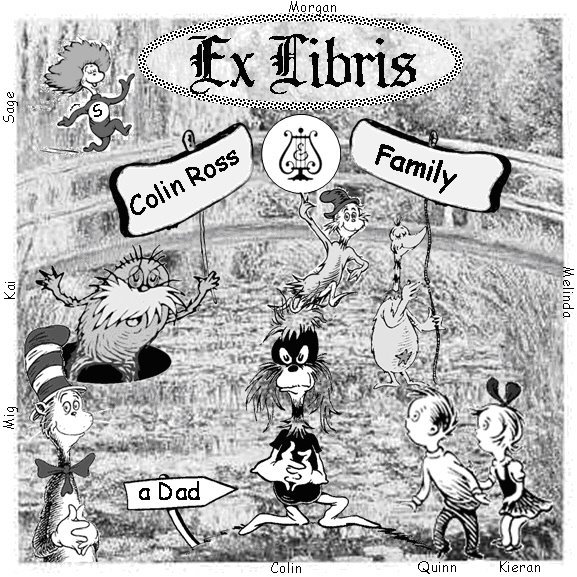 Another interesting bookplate came in each of two volumes of Harwicke’s Science Gossip that I won a few months ago on eBay. 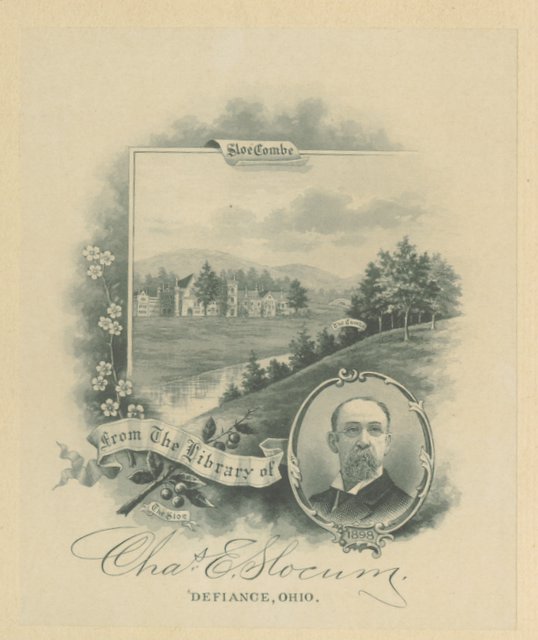 Cha[rle]s E[lihu] Slocum wrote a book in 1909 on the dangers of tobacco, and he has an elementary school and I think a few other things named after him.

It’s a shame that bookplates are out of style, as it’s never been easier to design and produced your own.