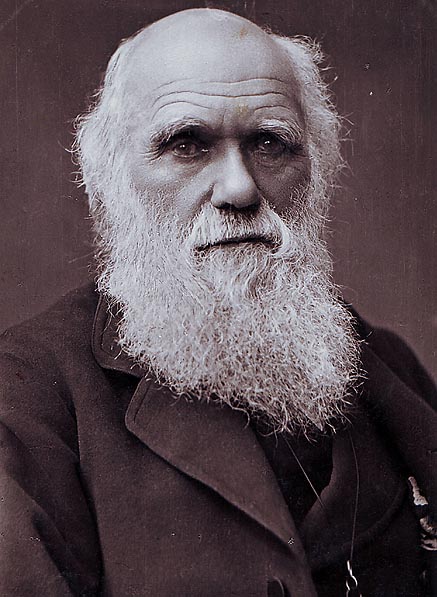 For the last week, I’ve been exchanging emails with curators at the Huntington Library about their use policies for digital images. For the Darwin Day 2009 Main Page effort on Wikipedia, I’ve been putting together a list of portraits of Darwin. Although a number of websites have significant collections of Darwin images, there isn’t any single comprehensive collection. One interesting shot I came across is an 1881 photograph, possibly the last one before Darwin’s death, that was allegedly “rediscovered” in the mid-1990s when a copy was donated to the Huntington. Press releases and exhibition descriptions invite people to contact the Huntington to request images, so I requested the Darwin photo. The response I got was typical of how libraries and archives deal with digital copies of rare public domain material.

The Huntington quoted distribution fees for the digital files (different sizes, different prices), and also asked for specific descriptions of how the image would be used, so that the library could give explicit permission for each use. Had I wanted to use it for more than just publicity (e.g., in a publication) more fees would apply. Apparently the curators were not used to the kind of response they got back from me: I politely but forcefully called them out for abusing the public domain and called their policy of attempting to exert copyright control over a public domain image “unconscionable”.

In the exchange that followed, I tried to explain why the library has neither the moral nor legal right to pretend authority over the image (although, I pointed out, charging fees for distribution is fine, even if their fees are pretty steep). A Curatorial Assistant, and then a Curator, tried to explain to me that the Huntington actually has generous lending policies (you don’t “lend” a PD digital image, I replied), that while the original is PD, using the digital file is “fair use” that library has the right to enforce (fair use, by definition, only applies to copyrighted works, I replied), that having the physical copy entails the right to grant, or not, permission to use reproductions (see Bridgeman v. Corel, I replied), that other libraries and museums do the same thing (that doesn’t make it right, I replied), that big corporations might use it without giving the library a cut if they didn’t claim rights (nevertheless, claiming such rights is called copyfraud and it’s a crime, I replied), and finally that I should contact the Yale libraries and museums and see if they do things any differently (a return to the earlier “everyone else does it” argument with a pinch of ad hominem for good measure, to which I see no point in replying).

Unfortunately, the Curator is right that copyfraud is standard operating procedure for libraries and archives. Still, I think it’s productive to point out the problem each time one encounters it; sooner or later, these institutions will start to get with the program.

As an aside, the copyright status of this image is rather convoluted. The original is from 1881. The photographer, Herbert Rose Barraud, died in 1896. The version shown here (originally; now lost) is a postcard from 1908 or soon after, making it unquestionably public domain. It comes from the delightful site Darwiniana, a catalog of the reproductions and reinterpretations of Darwin’s image that proliferated in the wake of his spreading fame. Apparently, when the image was “rediscovered” in a donation to the Huntington, they thought it had never been published and was one of but two copies; a short article about the photograph appeared in Scientific American in 1995. Had it actually never been published until then, it would arguably be under copyright until 2047 because of the awful Copyright Act of 1976. I say “arguably” because of the vague definition of “publish” and the rules for copyright transfer (“transfer of ownership of any material object that embodies a protected work does not of itself convey any rights in the copyright”) combined with the fact that another copy exists would seem to indicate that, at the very least, the Huntington has no place claming copyright. Paradoxically, publishing it for the first time in 1995 would have extended the copyright to 2047 but would have made the Huntington and/or Scientific American into violators of the copyright of whoever actually owned it (which would likely be indeterminable). But if it had remained unpublished, it would be public domain. I’m still unclear about whether it would have been public domain before 2002, when the perpetual copyright window of the 1976 law closed.

UPDATE – My thanks to the others who’ve linked to and discussed this post:

26 thoughts on “Libraries and copyfraud”