Britannica Blog’s Web 2.0 forum is wrapping up this week. On the Wikipedia front, Michael Gorman has delivered his promised Wikipedia post, and danah boyd has an exceptional reply on why Wikipedia, and access to knowledge in general, is important. While Gorman’s posts are consistently vapid and unprovocative (except in the sense that cable news talking points are provocative), some of the other new media critics–particularly Seth Finkelstein–highlight an important issue that I think is at the heart of the debate. Namely, how do Wikipedia and other aspects of the read/write web knowledge ecosystem affect experts/professionals and their traditional systems of knowledge production?

The shared assumption amongst critics is that the effects are largely negative. Finkelstein put it dramatically in a comment directed at boyd. He characterizes the ‘experts should stop complaining about Wikipedia’s problems and just fix them’ refrain as “arguing that “capitalists” should give – not even sell, but give – Wikipedia the rope to hang them with!” He adds, “If an expert writes a good Wikipedia article, that gets claimed as the wisdom of crowds and presented as proof that amateurs can do just as well as experts.” So scholars are putting themselves out of a job by contributing to Wikipedia and the like.

Setting aside the ‘Wikipedia=Wisdom of Crowds’ strawman that so many Wikipedia critics knock down as their first and final argument, Finkelstein (and some of the others) hit on an important argument: amateur-produced knowledge products (often of inferior quality) are free, and this endangers the (political, financial, intellectual, and/or cultural) economies of expertise. But is that true? Is Wikipedia reducing the demand for scholarly monographs? Is writing a good Wikipedia article on the history of biology going to cut into the sales of all the sources I cite? Is it going to fill the demand for history of biology scholarship and make it tougher to find a publisher for my own work? In economic terms, the competition argument against Wikipedia assumes that traditionally-produced expert knowledge and community-produced knowledge are substitute goods with respect to each other (and are not substitute goods with respect to even lower quality knowledge products like cable news, tabloids, and CNN.com), that either demand for knowledge is relatively static or increased consumption isn’t necessarily desirable, and that knowledge products do not have significant prestige value linked to their traditional pricey modes of production (i.e., they aren’t Veblen goods).

Which of these assumptions holds true differs according to what genre of knowledge we’re talking about. Wikipedia is obviously a substitute for traditional encyclopedias (even if inferior); the Wikipedia threat has been obvious to Britannica and her since 2003. And while consumption of encyclopedia-style knowledge has increased tremendously, critics can argue that the quality is so inferior that it isn’t worth the displacement of traditional encyclopedia consumption. Britannica is also realizing that the mystique of their brand isn’t what it used to be; raising prices in certainly not going to increase demand. So for the encyclopedia genre, Wikipedia is harmful to the traditional expert production system, and possibly (depending on the quality level) harmful to society as a whole.

For original expert research, the stuff of scholarly books and journal articles, the situation is very different. In some cases, Wikipedia articles might act as subsitute goods for scholarly books and journals. However, an encyclopedia article is a fundamentally different knowledge product from an original journal article. The typical journal article is far deeper, and far less accessible, than the approximately corresponding Wikipedia article. My feeling is that rather than act as substitutes, Wikipedia articles and expert research usually contribute to network effects: a good Wikipedia article draws in new knowledge consumers, some of whom then delve into the expert research. In the world of the ivory tower, a humanist scholar usually has to worry much more about competition from the countless other topics out there than about an oversupply of work on one’s own topic. The more people hear about your topic, the more demand there is for your expertise.

News is the other main genre to consider. The newspaper industry has been in a downward spiral for years. Television news is a powerful competitor, and it’s plausible (though by no means obvious) that Wikipedia, citizen journalism, and the blogosphere are contributing to the slow death of the newspapers as well. (Sadly, it’s not plausible that Wikinews is contributing to the downfall of print journalism. At some point, the disintegration of professional journalism may reach a critical mass, and citizen journalism will step up to fill the holes left by the shrinking New York Times. Wikinews has the potential to become the most important media organization in the world, but at this point it still has virtually no impact beyond the Wikimedia community.)

But it seems that the shift to the web (with its drastically lower ad revenues) and the competition among newspapers that can now compete across the country (or even globally) is the main cause. Papers used to have more-or-less local monopolies for print news; they would buy national and world news from the wire agencies (for which they were the only local suppliers) and pour most of their revenue into local and regional reporting. But now, any paper can use the internet to hock national and international news, and consumption of that kind of knowledge product is fairly static (at least compared to encyclopedia article consumption). So competition lowers the price of broad news (with modest increases in text-based news consumption, at best) and restricts the production (and increases the price) of local and investigative journalism.

The situation is much the same as the late-19th/early-20th century steel and railroad industries: there is just to much competition for a stable marketplace, so we’re seeing mergers and increasingly powerful media conglomerates (and the government is more willing to sign off on cross-media mergers). So I don’t think that web 2.0 knowledge products are responsible for the troubles of professional journalism, but if they don’t step up to fill the gaps, maybe nothing will.

Roger Kimball (cultural critic and c0-editor of the conservative literary magazine The New Criterion) has a sharp take on the dangers of cyberspace (hint: they have nothing to do with threats to traditional expertise and everything to do with the real world we’re missing as we piddle around in virtual worlds). Kimball’s points are worth keeping in mind, and on the topic of journalism and web 2.0, one of the key ways to avoid some of the dangers of cyberspace is to create and participate in online communities that are focused on the real world (e.g., Wikinews and the parts of Wikipedia that are not about entertainment).

(P.S.: I don’t actually know anything about economics, so treat my analysis like you would a Wikipedia article) 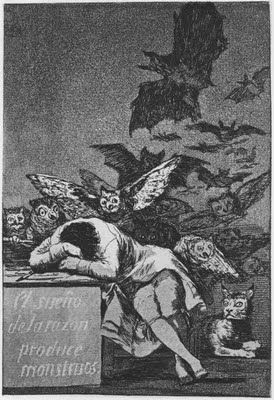 The Britannica Blog (“where ideas matter”) is holding a Web 2.0 Forum, built on Michael Gorman‘s contention that the internet is in the process of rapidly destroying civilization. Gorman, former president of the American Library Association, engages in two posts worth of polemic that may pass for discourse in a few disreputably forms of traditional print, but online is unmistakably in the genre of trolling. In “Web 2.0: The Sleep of Reason” Part I and Part II, Gorman lays out an argument about the evils of the wisdom of crowds, citizen journalism, the cult of the amateur, digital Maoism, and the online retreat from authority and authenticity.

Clay Shirky disassembles Gorman’s essay nicely with “Old Revolutions Good, New Revolutions Bad: A Response to Gorman“. At the Britannica forum, Andrew Keen and Nicholas Carr (to overgeneralize slightly) back Gorman up, while Matthew Battles tries to bring some common sense to the high and mighty.

Gorman has promised a post next week dedicated specifically to Wikipedia (the epitome of the Web 2.0 devolution of traditional media and respect for authority, and the worst thing on the internet since pornography). The forum is scheduled to run until June 29th, and if it keeps up the current post frequency (5 posts in three days) it should be worth keeping up with.

Bonus Link: Ben Yates of the Wikipedia Blog had an insightful critique of the Britannica Blog a while back.